Following to HHI Chocolate packaging project,?The product has been designed and developed as a 2nd promotional series of Hyundai Heavy Industries.As one of the nation’s largest corporations in Korea, HHI was passionate about introducing?cultures and traditions of Korea, not just their corporate values or visions. Therefore Najeon and Cha were chosen as the main theme for this promotional packaging project. Najeon refers to najeon lacquerware, a Korean traditional craft made out of nacre, specifically processed abalone shell.?Put to the early days of the Joseon Dynasty, Najeon were mostly used as wedding objects for the royal family and luxury items of aristocracy. It was in the middle of the Joseon Period when Najeon craftwork became?assessable to the common people. Cha usually stands for traditional tea of Korea. The royal Yi family of the Joseon Dynasty and the aristocracy enjoyed Cha for both common daytime rites and specific occasions.Toward the end of the Joseon era, commoners joined the trend and it became a big part of Korean culture. 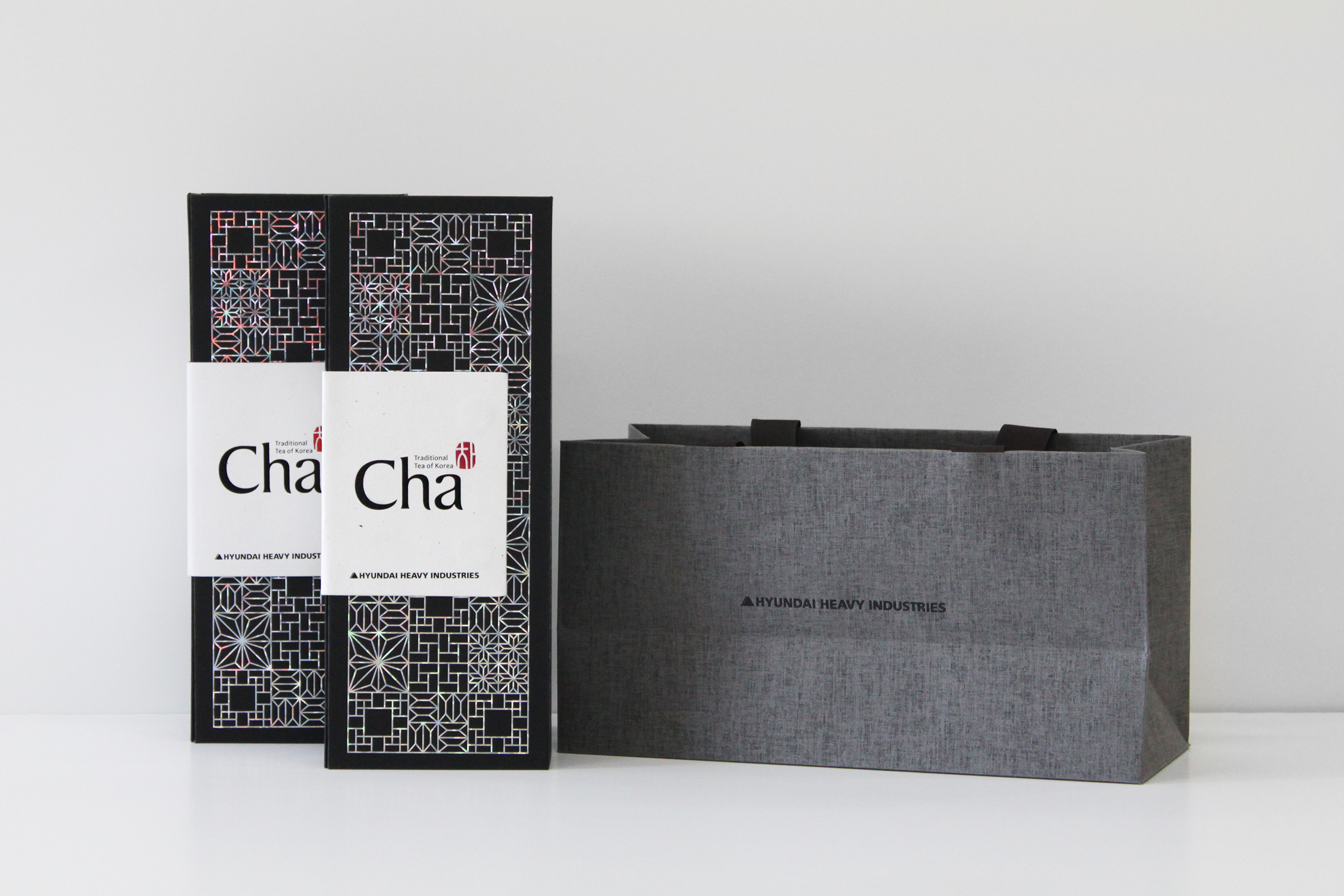 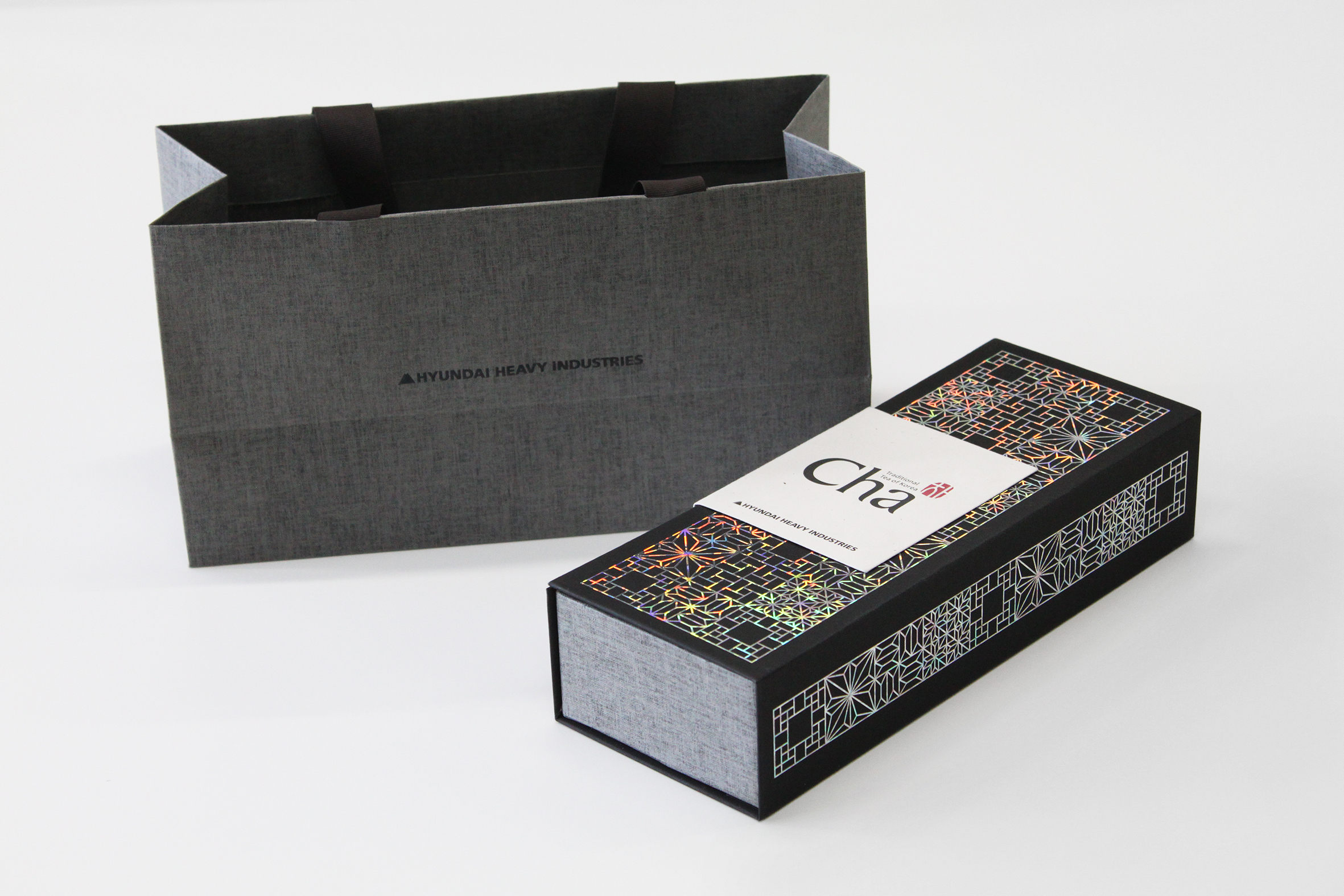 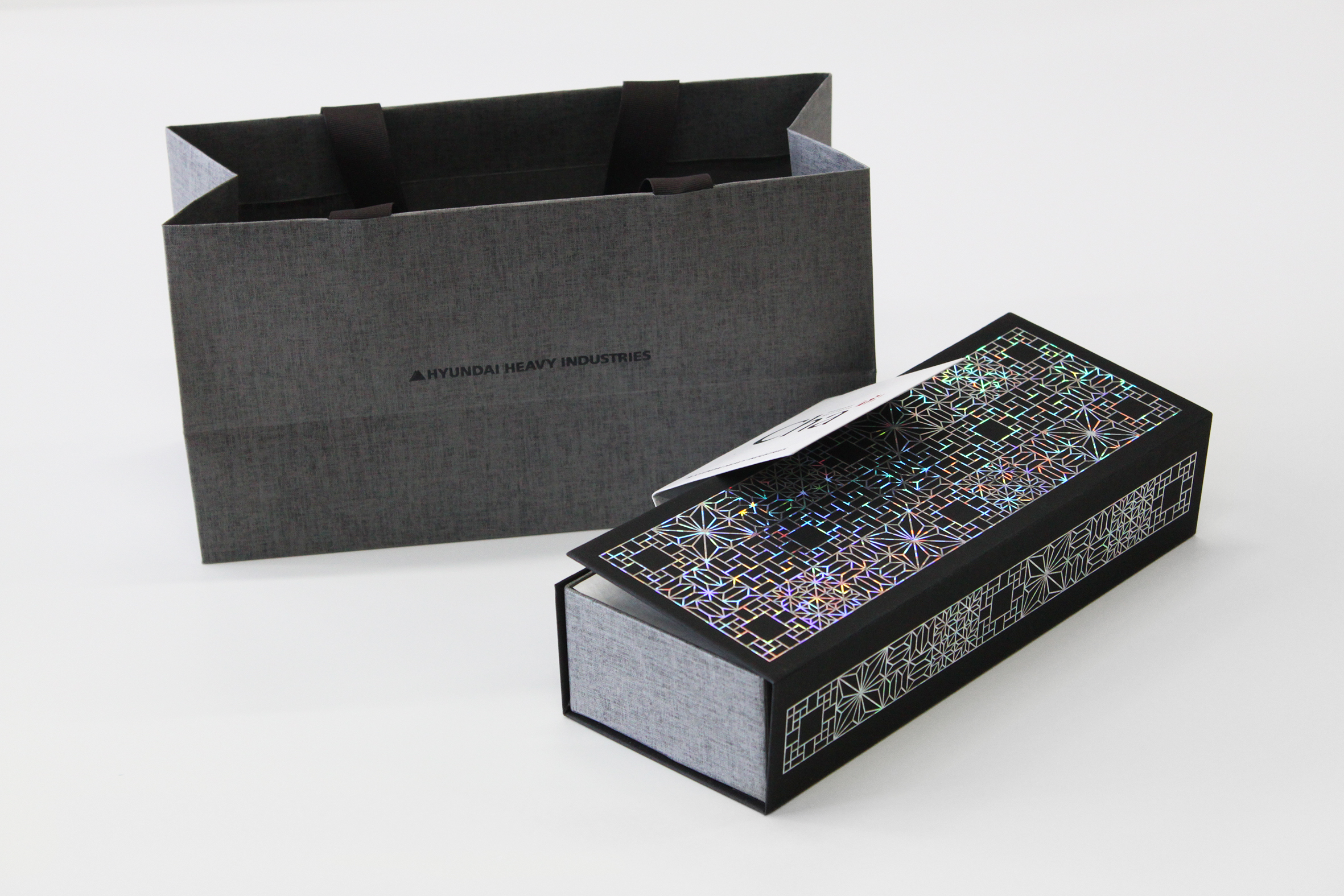 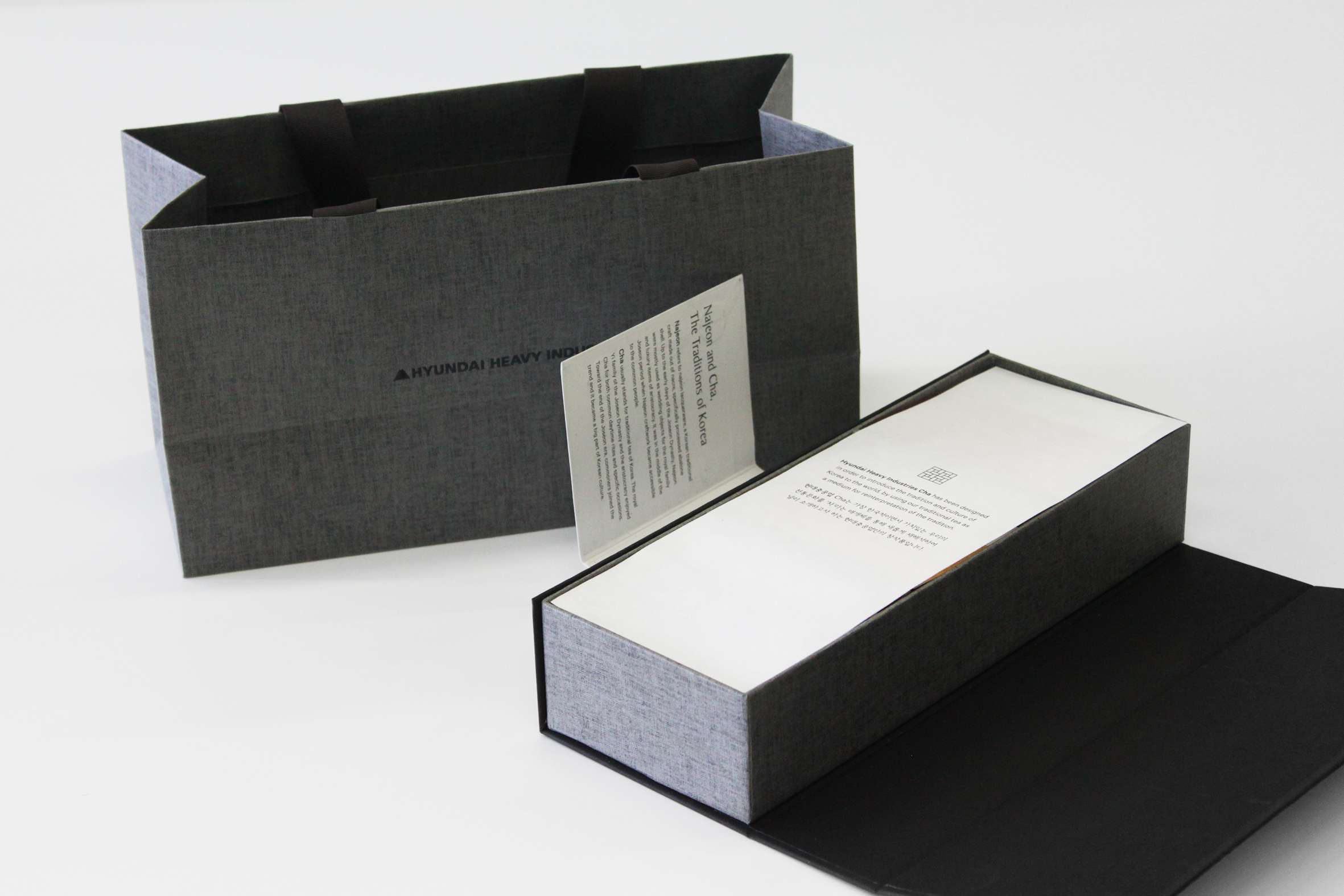 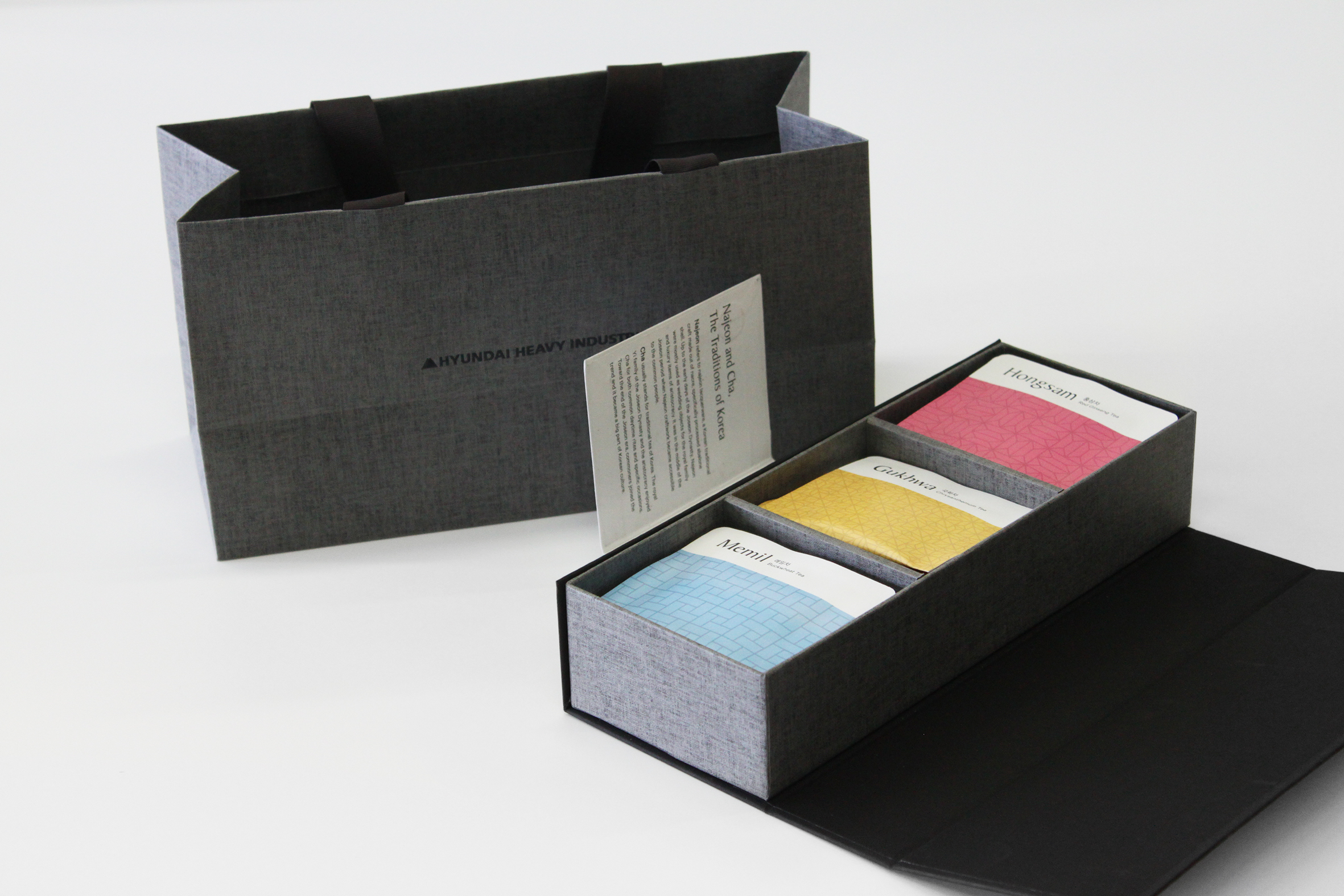 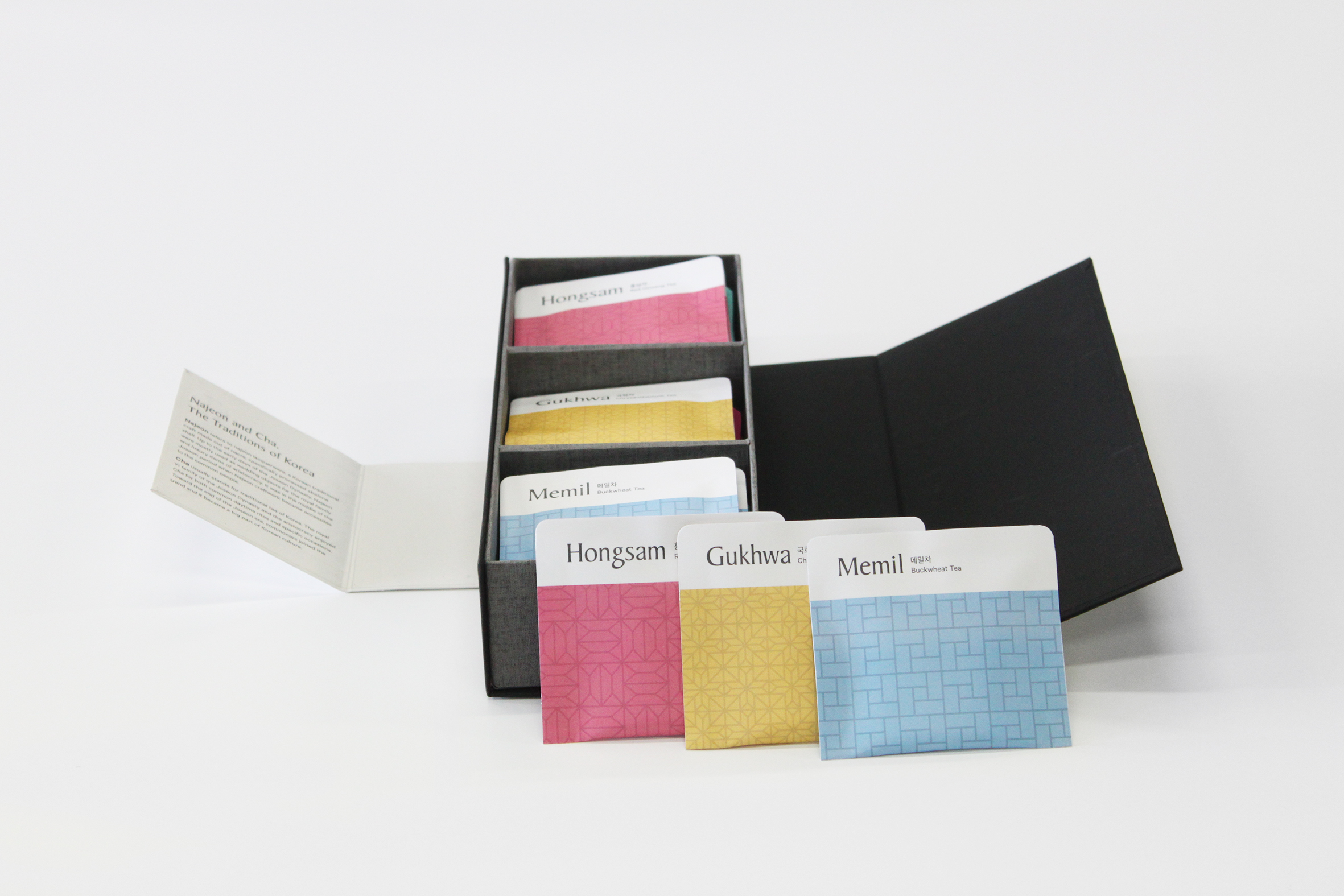